“Offering their unique brand of ‘’folk music for the twisted soul,” this duo of Australian David Farrell and Nova Scotian Janet Mills once again shine with just an acoustic guitar, a mandolin, and their stunning dual harmonies.” - Martin Noakes

The Strange Valentines are noted for their unique blend of contemporary folk drawn from Australian rock (David Farrell) and Nova Scotia folk (Janet Mills). Inspired by Gillian Welch and Dave Rawlings, The Milk Carton Kids, and The Waifs, they use two voices and acoustic instrumentation to create and blend their own unique folk music expression in telling provocative stories. Choosing tales of human experience, environmental tragedies, or ancient songs from long ago, their sound is a connective live experience.

David Farrell is an accomplished guitarist previously part of the Australian rock circuit, touring and opening for such major acts as INXS and Canned Heat. Janet Mills was born into Nova Scotia kitchen party flavoured music and plays mandolin, guitar, and octave mandolin.

The two met in Atlanta and struck a chord. Factors including enduring several years apart spanning the Atlantic Ocean, a sudden depart from working within (and in spite of) the bureaucracy of the science world, imminent environmental issues facing humanity, as well as some personal mental health struggles, have proven to be somewhat of a bottomless abyss of songwriting inspiration.

Moving across the country from Regina, Saskatchewan, to River John in 2019 was inspiration for album ‘Forks’ released in 2020 “The emotion is immediately gripping [of album Forks]. Troubling as these issues may be, the duo have found a way to make it sound pretty…The beautifully layered harmonies, coupled with the ever-present light plucking of Mills’ mandolin, prove to be a deadly combo in any setting” [Maggie MacLean, The East Magazine].

When pandemic world arrived, it shifted everything for everyone and The Strange Valentines found themselves trapped in a cosy nest next to the ocean in Nova Scotia. The next project would be ‘Does Anyone Know How to Fix Old Radios’ released June 7th, 2021. Themes of isolation, broken-ness, and environmental dysfunction appeared in a yearning for answers in simple radio repair in a sparsely produced, acoustic, live on the floor album. “This is a beautiful collection of olde-worlde tunes from The Strange Valentines…the stunning two-part harmonies and expressive use of the mandolin…making it hard to take this album off the repeat play cycle” [Martin Noakes, Great Dark Wonder].

Next, introspection would find them looking backward, from whence we came. The next project ‘Heroines & Scoundrels’, to be released January 14, 2022 is a collection of ancient folk songs collected by Helen Creighton and Roy McKenzie from Nova Scotian shores, but have origins in 17,18th century Europe.

The pandemic shortage of shows prompted the duo to produce several video series on YouTube, one called ‘Community Strong’ featuring the humble but mighty community halls of Nova Scotia, and another called ‘Connecting the Folk’, a show featuring some of the old songs collected for the ‘Heroines & Scoundrels’ project, but sung to the original singers grave sites where possible.  A more polished version of ‘Community Strong’ is in production for Eastlink community TV in 2022.

The changing world has meant that live music can’t be delivered in the same ways as before the virus changed everything. With extra challenges such as rural internet (forget live streaming…) the duo continue to explore and deliver live music to people in unconventional ways.

To watch more videos, follow any one of the Strange Valentines series’, or subscribe to the YouTube channel, press and play the little red and white button below. 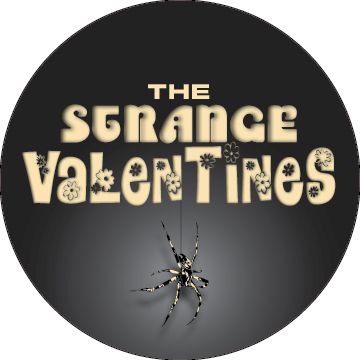 Thank you for the tip! And for listening :)

Enter the amount you wish to donate